Art and trauma therapy for children in Iraq

Ari was only 6 years old when he lost his mother in a terrorist attack in the Iraqi capital Baghdad. When he heard the explosion at a nearby market, he knew that his mother was there. She was taken to a hospital, but it was too late to help. Ari and his family were heartbroken. The security situation in the Iraqi capital has since worsened, and Ari's father decided to move away with the children. Ari, who had hardly understood, let alone come to terms with his mother's death, now had to give up his familiar surroundings, his home and his friends and could no longer go to school. Art and trauma therapy finally helped him to express his grief through painting: He painted scenes from his family life as well as his old and new homes. In the beginning, he only used shades of grey, but soon his paintings became more colourful. The therapy will provide Ari with long-term support. But for now, he can at least continue going to school.

Psychotherapy treatment for children who have suffered trauma from war and violence.

Art and trauma therapy in which children process their experiences through artistic expression.

Number of hours of art and trauma therapy conducted.

The children are emotionally supported and can process their experiences with the help of the assistance offered.

The children are able to develop more robustly and take a more active part in life.

For decades, people in Iraq have been suffering under war, terrorism and persecution. The country was largely destroyed in the 1991 Gulf War. Even the overthrow of the dictator Saddam Hussein in 2003 did not bring peace, but further fuelled ethnic and religious conflicts. In particular, the conflict between Shiites and Sunnis intensified. This also led to the rise of the so-called Islamic State in some parts of the country (Bundeszentrale für politische Bildung, 2018). As a result, the population is facing enormous challenges, especially due to the war against the IS and the civil war in neighbouring Syria. Since then, almost 250,000 Syrian refugees (UNHCR, 2020) and over 1 million internally displaced persons (IDPs) have sought shelter in the Kurdish part of Iraq (IOM, 2020). Children and young people, in particular, suffer the consequences of armed conflict. They or their parents have suffered psychological and physical trauma (OCHA, 2020). The mental health needs of children often receive little attention in Iraq. As a result, their psychological symptoms often go untreated. In many cases, the parents themselves have had traumatic experiences and are therefore unable to adequately care for the mental well-being of their children (Slemrod, 2017). Against this background, art therapy is a useful method of reaching those children. Self-exploration and self-expression are important components of artistic processes and can be well integrated into trauma therapy. Specially qualified trauma therapists use this to talk to the children about particularly difficult and taboo subjects, including the loss of family members or sexualised violence (Rubin, 2010).

With your good deed today, you are supporting children who are severely traumatised by their experiences of war and terror. With your donation you help a child to come to terms with his or her most difficult experiences through artistic expression and trauma therapy. Children in particular respond very well to this form of therapy. It helps them to overcome their lack of words by drawing situations or feelings and allows them to take an active role. Their symptoms - such as aggression and anxiety - subside after just a few sessions. They become more animated, start talking and gain new courage to face life. At the same time, painting and playing gives a piece of their lost childhood back to these children who have gone through unimaginable experiences. 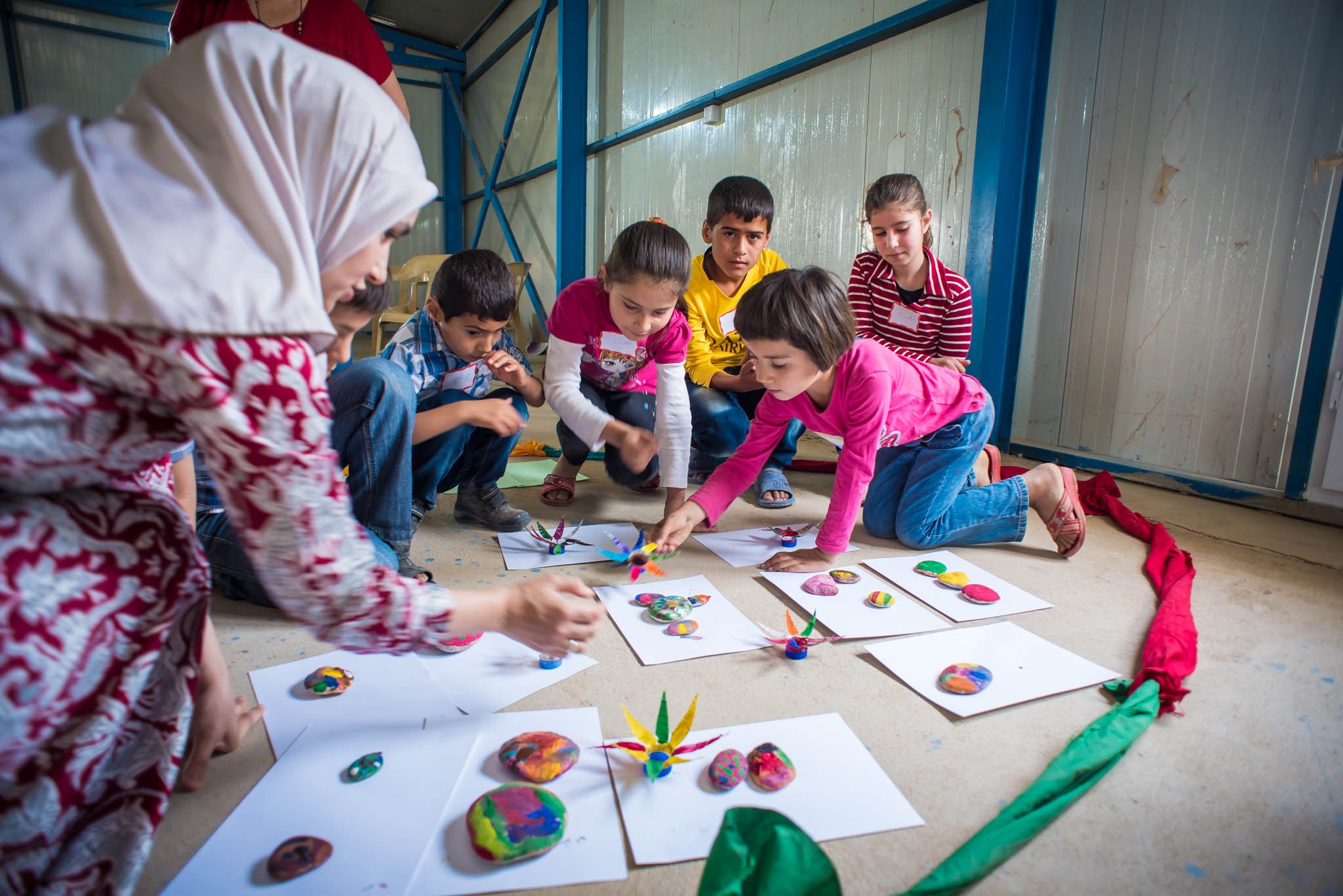 With an estimated 25 to 30 million people worldwide, Kurds are the largest population group without a state of their own. In Iraq they live in an autonomous region in the north of the country.