Guardian angels for giraffes and elephants

Several days of deployment in the Kenyan wilderness, countless kilometres across country, on foot and in off-road vehicles, tracking down animal traps, apprehended poachers and rescued elephants - this is the daily routine of the six-person team of gamekeepers. Every day the rangers roam the Tsavo East National Park, the largest national park in Kenya. Their work is an important, but also arduous and dangerous activity. In 2019 alone, the gamekeeper teams secured over 5,000 traps. These traps are set by poachers to catch wild animals illegally with the intent of selling them. Since patrolling began, the gamekeepers have already rescued over 6,500 injured animals, which, without help, would probably have died from their injuries. The ten teams are 'guardian angels' for the wildlife in Tsavo East National Park.

Protecting endangered species such as elephants, rhinos, giraffes and other wildlife in Kenya.

Duration of the rangers' deployment in Tsavo East National Park.

Poaching declines and the populations of endangered elephants, giraffes and rhinos can recover.

Criminal structures disappear from the surrounding villages. Endangered animal species are protected in the long term.

Tsavo National Park is known for its high level of biodiversity. Giraffes, rhinos, lions, leopards and cheetahs are just some of the endangered species roaming this savannah. The park is also home to the largest elephant population in Kenya. Unfortunately, apart from the loss of habitat, poaching is a major threat to the survival of the wildlife (Wato, Y. et al., 2006). Poachers are particularly targeting elephants and rhinoceroses, owing to the illegal trade in ivory and rhino horn. They use poisoned arrows, spears and wire snares. African elephants are listed on the IUCN Red List as vulnerable and black rhinos are actually considered to be in danger of extinction (IUCN, 2020). Giraffes are also increasingly being poached for their meat or leather and sold on illegal markets. As a result, two of the nine giraffe subspecies are now also threatened with extinction, and two others are highly endangered (IUCN, 2020). Many other wild animals also become entangled in the wire snares laid out by poachers. To protect endangered wildlife species, it is therefore necessary to employ gamekeepers. Kenya's latest wildlife survey also shows that elephant and giraffe populations have increased again in recent years thanks to conservation measures (KWS, 2017).

Today's good deed makes the work of the gamekeepers possible and contributes significantly to the protection of wildlife such as elephants, rhinos and giraffes in Tsavo East National Park. On their daily patrols the rangers deactivate traps, track down poachers' camps and eliminate their hiding places on the ground. They help with rescue operations to free and care for injured wild animals caught in snare traps. They take action against illegal forest clearance and grazing in the national park, thus protecting the habitat of endangered animals and the sensitive ecosystem. Together with the authorities, they investigate poachers and help with arrests. The local population is involved in the project and is committed to protecting the wild animals and their habitat. To this end, the conservation authorities, gamekeepers and the local population work closely together to ensure that all interests are reconciled with nature conservation. 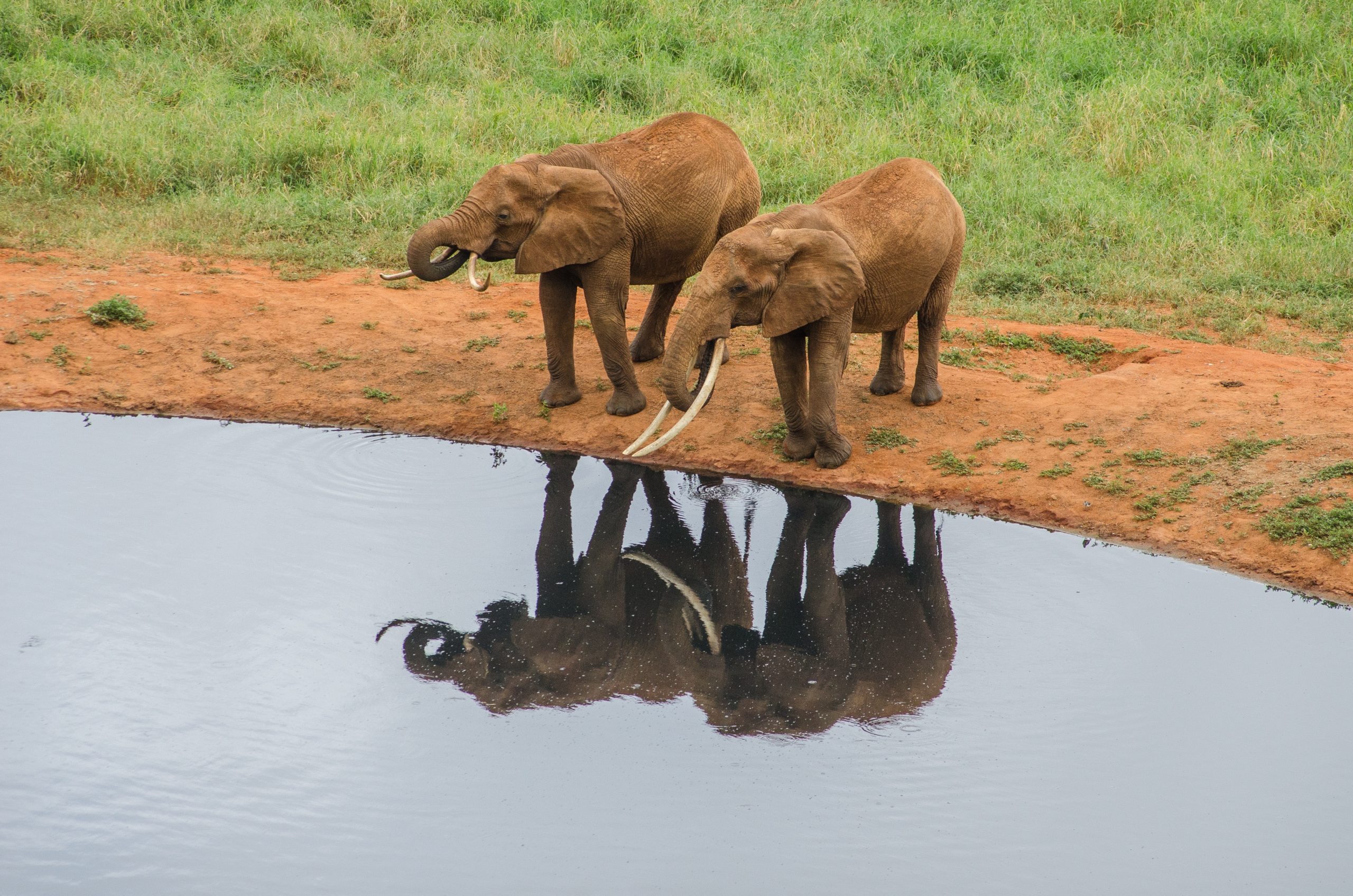 The 'red elephants of Tsavo' get their colour from the red earth in the national park, with which these pachyderms cover themselves in daily mud and dust baths.