Ignite the passion for words

Addressing the lack of literary mentorship for Indigenous youth

The Vancouver Writers Fest has consistently evolved to meet the needs of K-12 students. When BC made a concerted push towards adding Indigenous texts in schools, VWF responded by including more Indigenous authors in its Writers in the Classroom program and received great feedback from teachers. When Northern Coast Salish poet Jo Billows shared her slam poetry, one teacher said the poems were “very impactful and related to current Indigenous issues. Students were able to connect with their own personal emotions through a spoken word activity that Jo had prompted.” When Métis author Michelle Good talked about her book ‘Five Little Indians,’ teachers said the students were “genuinely moved by Michelle’s insights into the impacts of the residential school system.” They felt empowered to hear from “an experienced author from a marginalized voice and could engage in the process of literary analysis.” VWF is committed to fostering meaningful discussions such as these in its youth events.

Students realize that representation in literature matters and as Indigenous youth, they are inspired to write and publish their own stories.

Indigenous youth think of a career in the arts and are inspired to write and publish their own stories.

In 2019, BC invested $2.7-million in Indigenous teacher education because Indigenous teachers are under-represented in the BC education system, with just 4% and 6% of teacher education graduates being Indigenous. The current teachers do their best to include Indigenous knowledge in classrooms, but they know that their acquired learning cannot match the knowledge that Indigenous people can impart. The Vancouver Writers Fest works towards these goals by planning events with Indigenous authors who can go into schools, essentially, as guest teachers and have transformative interactions with students. According to Urban Native Youth Association, Indigenous youth are at a disadvantage because “they are confronted with higher rates of homelessness, mortality, overdose, early pregnancy, and mental health concerns.” Studies have shown the benefits of culturally responsive schooling and “culture as treatment” for the high rates of suicide among Indigenous youth. The events conducted by the VWF for youth with Indigenous authors have proven how healing and impactful such interactions can be. By talking about Indigenous environmental stewardship, the residential school system, mythology, and the contribution of Indigenous people in wars, sports, academia, and culture, authors have instilled a sense of community and pride in Indigenous students. The VWF is determined to continue programming events that offer Indigenous authors a platform to effect positive change in Indigenous youth.

The Vancouver Writers Fest conducts Writers in the Classroom twice a year. We take 30 authors to schools to conduct free workshops. Our goal through our Good Deed is to conduct a writing workshop in BC with one Indigenous student. We have had discussions in the past with Urban Native Youth Association and Heron’s Nest–two organizations that work with Indigenous youth–about conducting workshops and we would love to see those discussions come to fruition. The funding received through 24 Good Deeds would go towards compensating the Indigenous authors to visit an Indigenous organization and conducting a workshop. The funding will also give the VWF the opportunity to buy the authors’ books for the organization’s libraries. We believe Indigenous youth would benefit greatly from having Indigenous authors talk to them and inspire them through their writing. We hope these conversations will inspire students to take pride in their culture and to think of the possibilities that are open to them. 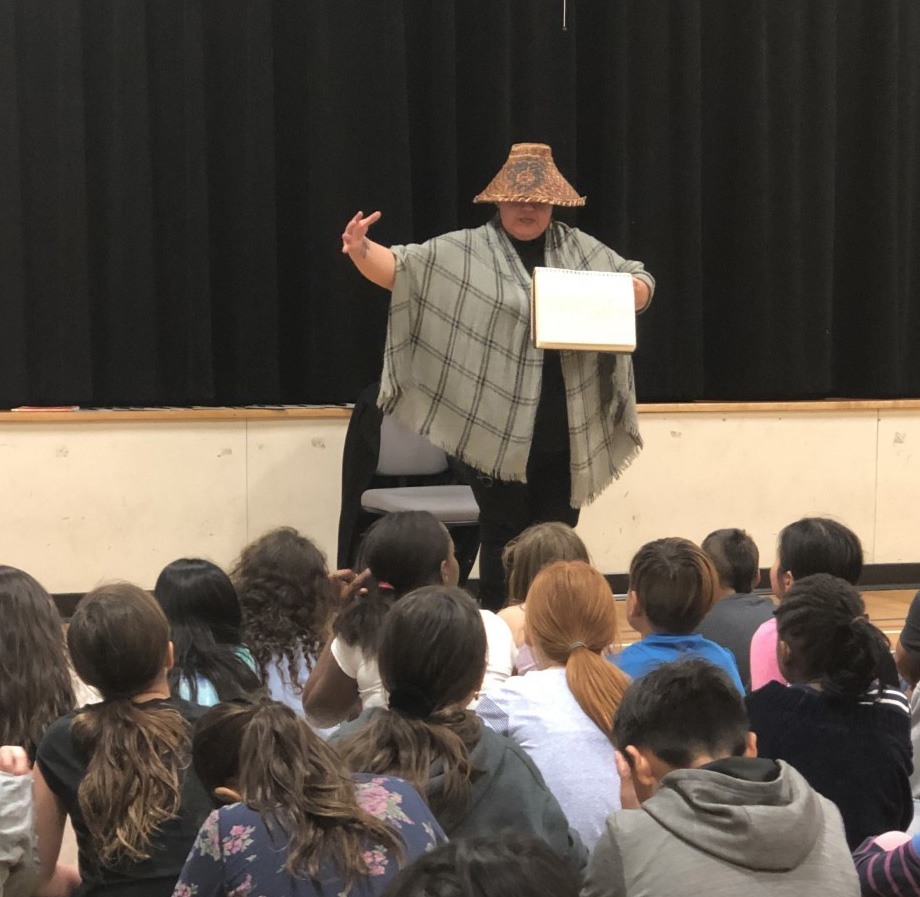 About Vancouver, BC - CANADA

British Columbia is the third-most populous province in Canada and home to over 232,000 Indigenous people. Of these, 67% are First Nations, 30% Métis and just under 1% Inuk (Inuit).