Reconnaissance flights over the Mediterranean

When refugees cross the Mediterranean, they often already have a long and arduous flight behind them. Many of them have experienced terrible things in their home countries and on the way. For the refugees, the Mediterranean means hope of reaching mainland Europe. At the same time, however, the sea is also a great danger. Many people on board of these boats cannot swim. If a boat sinks, they are at great risk of drowning. Since 2014, European media have repeated the headline that people have drowned on their way to Europe. Many aid organisations are active in the Mediterranean to detect maritime distress cases in time. The boats receive support primarily from one reconnaissance plane, which regularly fly missions to coordinate rapid rescue operations.

Search and rescue of refugees in maritime distress in the central Mediterranean.

The reconnaissance aircraft Moonbird flies over the search and rescue area, actively searches for people in distress and notifies the authorities.

Numbers of minutes when the Moonbird Mission is searching for people in maritime distress.

People in maritime distress are detected earlier and the chances of rescuing refugees coming across the central Mediterranean is higher.

People can be saved from drowning and cared for.

The reasons why people around the world seek refuge are many and varied. Libya mostly receives people from African countries who seek protection from poverty, oppression and violence, but also people from Syria who have fled the civil war. People who have escaped report again and again on the traumatising things they experienced during their flight and on the harsh living conditions in Libya. For these people there is usually no possibility to apply for asylum from abroad and so they make their way to Europe by sea. But even in 2019, the Mediterranean is considered to be the most life-threatening sea route in the world. According to the United Nations Refugee Agency, well over 18,000 people have drowned in the Mediterranean in the past five years (UNO, 2019). For many of these people, however, the crossing of the Mediterranean remains the only way out of the difficult situation in Libya and the only hope for a better life.

With today's good deed, you make it possible for the Moonbird reconnaissance plane to search for fugitives for one minute. This way you support the active search for people in need in the search and rescue area north of the Libyan coast. Your donation thus contributes to the early detection and rescue of people in distress at sea. Without air reconnaissance, maritime emergencies would often be detected much later or in the worst case too late or not at all. At the same time, the reconnaissance flights help in documenting the current situation in the central Mediterranean from the air. By making it public, it informs the world and the political stakeholders about the current situation, raises awareness and keeps the issue relevant. 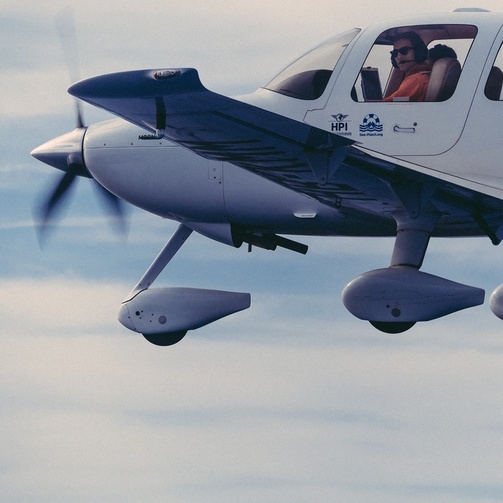 The search and rescue area in the central Mediterranean 24 miles north of the Libyan coast has for years been the most dangerous sea route in the world.